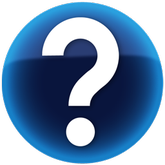 It took entirely too long for the computer manufacturers to start including an application to update the hardware drivers and firmware on their systems. But with Windows 7, most seem to have finally gotten on board with ensuring their hardware is using the latest software. (Except for Dell. Akami Netsession that auto starts plus some unstable browser based analyze tool?? Embarrassing!) One of my favorites is HP Support Assistant. It’s very easy to use, automates the updates if you want, and updates *everything*.

But occasionally I have seen it get corrupted and either crash often or fail to completely uninstall, preventing a reinstall. This is not a common problem, but once it does happen, many forum posts indicate it can be difficult to get around.

My case was an HP Mini. It had an icon for ‘HP Support Assistant’ (the older one with the box and hands) and all the HP support software appeared installed. It would launch, display the v6 window and say ‘An error has occurred’ and sit there. So I tried to install the latest version (v7), but the installer would start and then disappear after expanding the files. So I uninstalled it.

After some internet research, I stumbled across a forum post explaining how someone got it working by installing a slightly older version. HP’s support website provides links to ALL old versions of their apps, so I tried an older version 6. Nothing. I worked my way back in time – no luck. I was about to give up but then I went for broke and tried to install the initial version 5 of the application. It worked!!!

I hesitantly launched it and it came up! Closing it, I tried the most recent version 6 I had downloaded and it upgraded properly! I thought maybe the v6 installers were update only, but they did not appear to be and the ‘upgrade’ process involves removing the old version completely before installing the new version.

Finally I installed the most current version 7 (so not a fan of the faint purple design, but hey it works). It installed! But when I launched it, it crashed. But I didn’t panic. I’ve seen v7 get unstable on a few HPs including my own. I restarted, tried again, crashed, restarted again, tried again. Success!

It’s been stable ever since. The HP Mini was very out of date and v7 installed many updates without issue.

So there you have it. If you have trouble with HP Support Assistant, remove as many traces of it as you can and if v6 or 7 won’t install, try the initial release and work your way up.

IT Xpress Fixed It!

Sign up for Republic Wireless using this link and save $20! Unlimited Talk/Text/3G Data for $25/mon. Unlimited 4G for $40/mon. No contract with the latest Moto X or Moto G Smartphones.